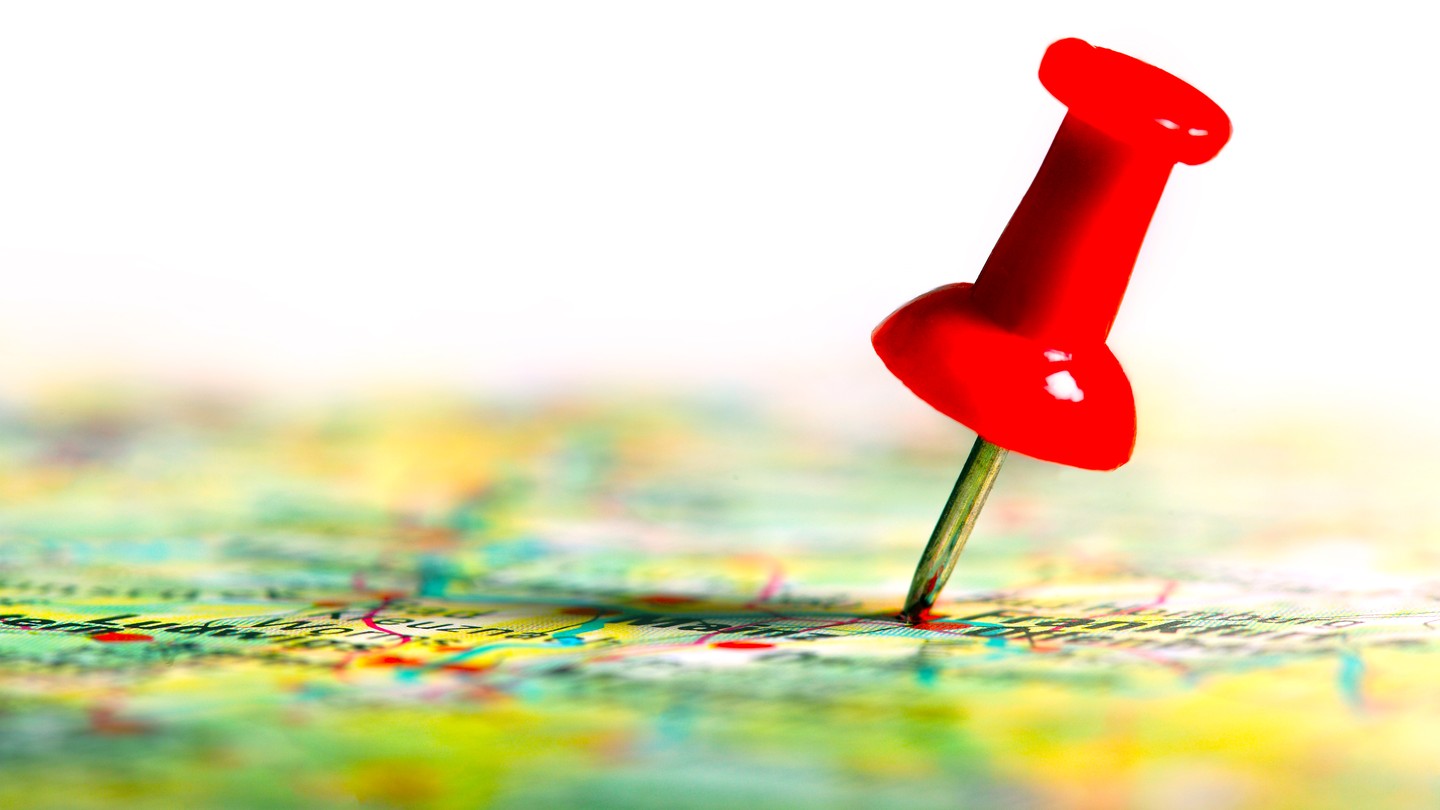 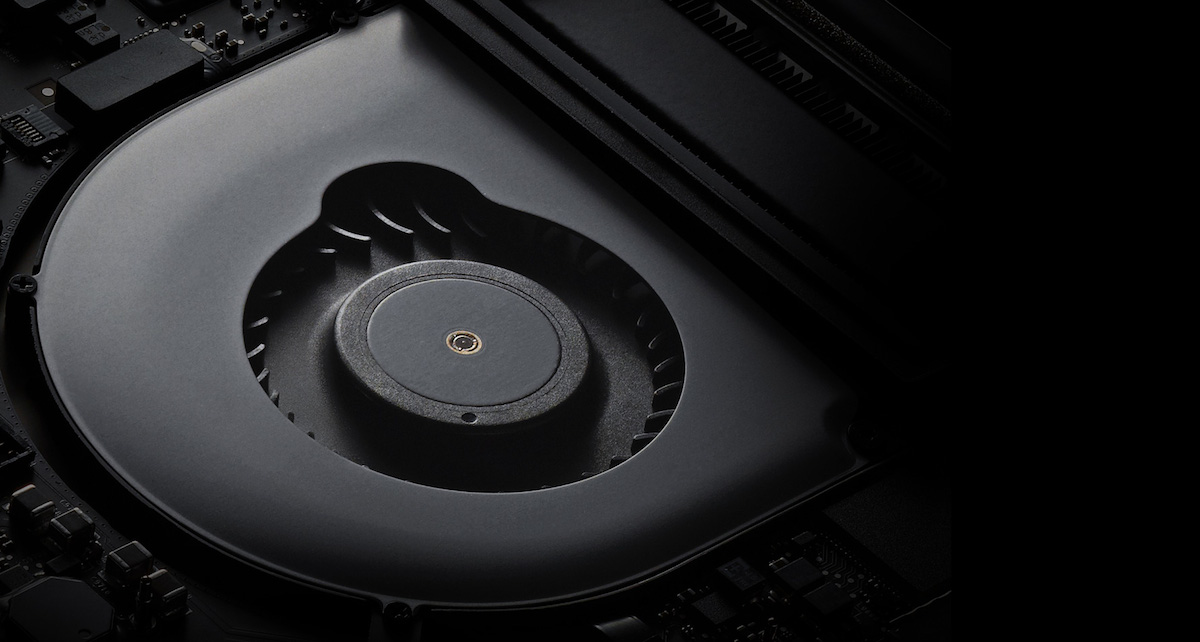 Nearly everyone loves mobile apps that can perform local searches, get directions, or find the nearest decent restaurant. But whats not so obvious is that these local apps can have hidden bandwidth costs meaning that, in some cases, they can run up your phone bill in ways you might not expect. Some of the most popular local search apps are Yelp, Foursquare, Facebook, Apple Maps, and Google Maps. They serve different purposes, of course, but all have some sort of local search feature. Ive been curious for a while about how much data each app consumes when performing local searches, but wasnt able to find any published numbers. So I decided to run a simple experiment to test how much data each one consumed when I asked for information about the same location. Keep reading to see which one is the real data hog!

I recorded the traffic generated by the following five iPhone apps: Apple Maps, Foursquare, Google Maps, Yelp and Facebook. For each test, I made sure all the other applications where closed and then performed each test twice. I did this experiment twice: first early in August while I was in Washington DC and then late in August while I was back in the bay area. I did two type of measurements. First, I asked the app to show me my neighborhood, which is the default screen for Apple map,  Foursquare, and Google map but not Yelp. The second measurement was to look up a specific place: The MOMA museum in NYC. I choose MOMA to ensure the results were not cached and also test a well-known location that was easy to find. While in the bay I looked up the computer museum located in mountain view (go visit it if you haven’t did it already it is fascinating, specially the Babbage machine)

The result of my experiments are summarized in the chart below. (Smaller is better.) 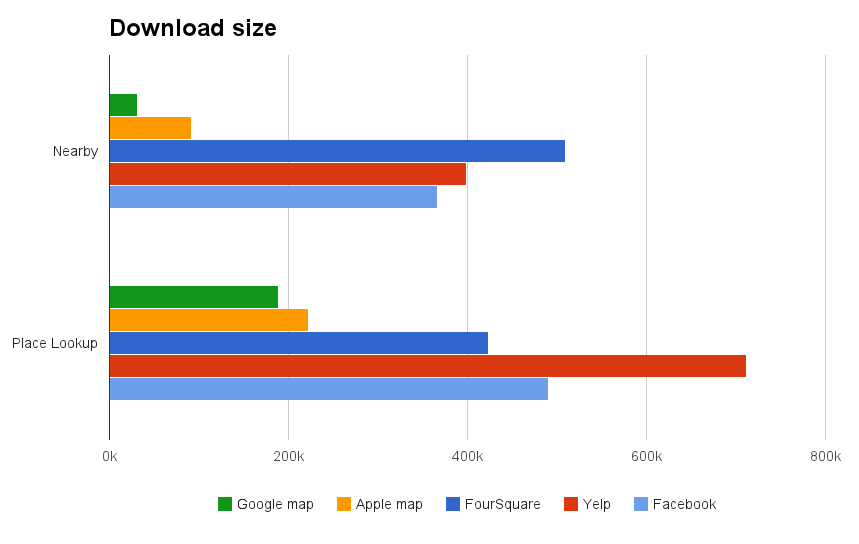 As visible on the chart, when it comes to lookup: Google map and Apple map consume about 3x time less data than Yelp, Facebook and Foursquare. This is mainly explained by the fact that Google and Apple maps don’t display photos of the nearby places. Google map is 3x more data efficient than Apple maps to lookup for nearby locations. For place lookup, Google maps is, once again, the most data efficient consuming 16% less data than Apple map. Foursquare and Facebook both consume 2x time more data than Google map. Yelp is a data hog that consume nearly 4x time more data than Google maps. Note that the experiment is fairly small and therefore not very accurate. Given the huge variations observed, it seems worthwhile to analyze them in more details. If someone is interested in doing it, I would be happy to edit this post and link to the results.

The cost of doing a local search

In a world where unlimited mobile data plans are almost an extinct specie, consuming more data have a cost. The chart below summarizes the cost of doing a place lookup when you have an ATT plan. I chose ATT as I have a 300MB data plan with them. 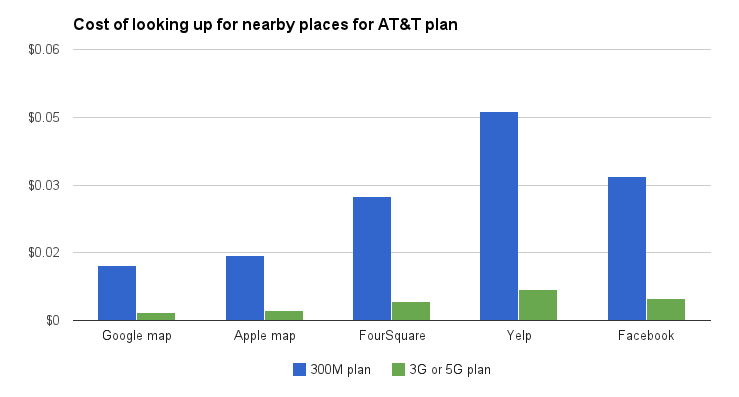 As one can see, looking up places can quickly become expensive specially if you have a small data plan like me where each mega of data cost you $0.07. For example a Yelp lookup full of photos can cost you over 5 cents. Let me know if this post affected the way you  think/do local search.