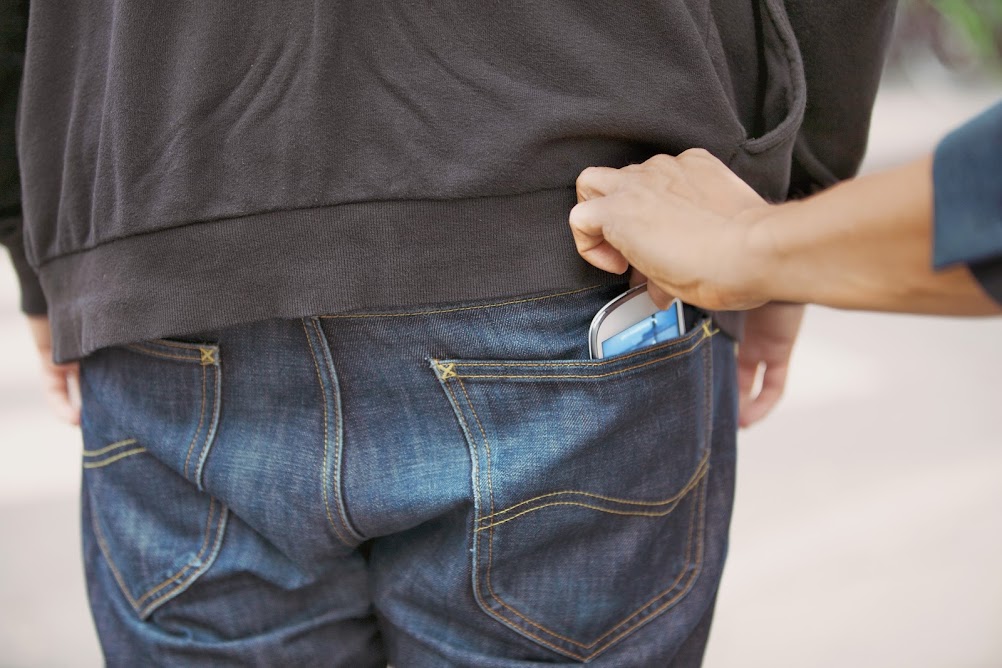 Survey: most people don't lock their android phones - but should
Blog post 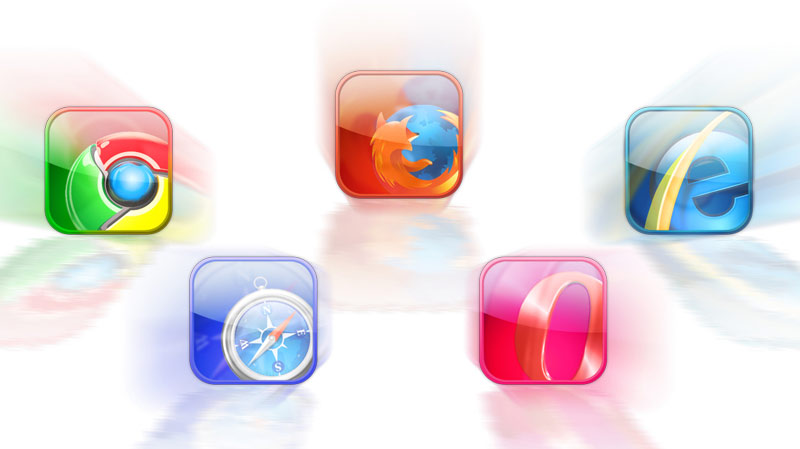 Marketers agree: screen size is a top priority for anyone shopping for their next cell phone but my new consumer survey challenges this conventional wisdom. Phone display real estate has been steadily growing, and screens in the now-popular 4.6 to 5 range were practically nonexistent as recently as two years ago.  However, when I conducted a survey asking people what the most important factor was in buying their next cell phone, screen size didnt even make the top five. To conduct this survey, I asked 1500 desktop users from the US via  Google Consumer surveys and 1500 Android users using Google Consumer Surveys on Android, currently in beta, via the Opinion Reward app. As you can see in the chart below, which displays statistically significant results, cost is by far the most important factor people consider when theyre shopping for a phone. Build quality came in a not-very-close second, while screen size and camera quality two of the most-discussed items in many reviews are ranked far lower, which I found a bit surprising. I was also surprised by how high carrier support ranks. Note the percentages don’t add up to 100% because only five answers were displayed at a time (This is one of the limitations of Google Consumer Surveys). 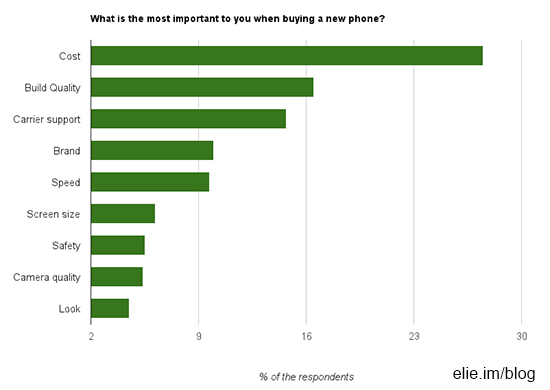 When breaking down the data by gender, a couple of interesting (but not significant) trends emerge. Guys treat the purchase as they would buying a car: they favor speed, build quality and looks. Women, who are known to use social networks more actively than men, optimize for it by favoring the camera quality, and the screen size. Women are also more price-conscious than men. 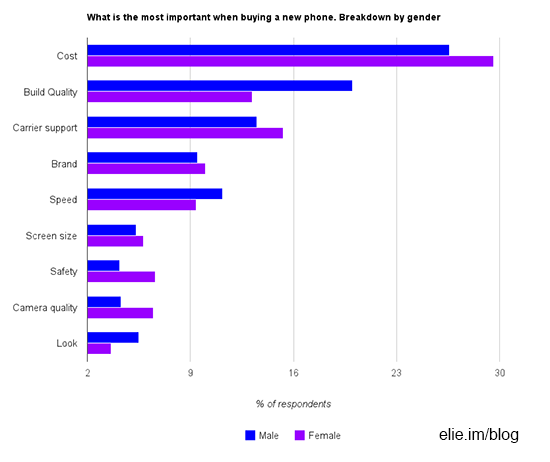 Next I used this survey as an opportunity to beta test Google Consumer Surveys for Android. (Thanks to the Survey team for the early access!) On Android surveys, questions are asked via a native app called Android Opinion Rewards (see the screenshot below). People answering the survey get credits that they can spend on the Play store to buy apps, music, books etc. If you haven’t installed it, you should. It makes answering surveys fun, and you get useful rewards. 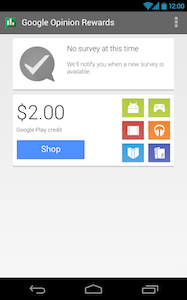 As you can see in the chart below, Android users are more focused on speed and build quality than the general population. Cost might be less important because manufacturers align phone prices. I didnt break this out in an additional chart, but the gender breakdown is roughly the same. One difference is that women still prioritize camera quality more than men (8.9% vs 2.7%). 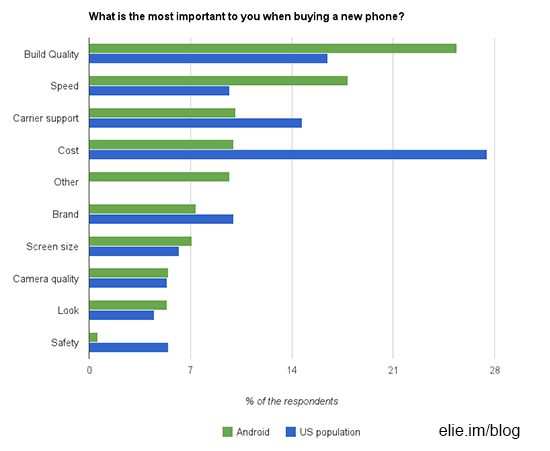 As you can probably tell from the above chart, I conducted two surveys: one that was designed to capture the views of the overall U.S. population, and another designed to capture the views of Android users.  In the Android survey only, I provided respondents with an additional option of other. People who selected other could type in what they viewed as their top phone-buying priority. (I added this option only on the Android survey because I forgot to do it on the broader population mea culpa). To help visualize the typed-in responses in the other category, I created a word cloud based on this free form text. In general, feedback from the replies was quite insightful. As you can see in the graphic below, overall battery life, having the Android OS and the overall quality and specifications of the phone are other criteria that people valued while choosing a phone. Bigger words, of course, mean that more people typed them in. Let me know in the comments what is the most important feature for you when selecting a phone and what you think of the survey.  If  you like this post, please share it on the social network of your choice.